Submit an article to be featured on the blog to info@pilatesbarre.com.

Core Exercises to Relieve/Prevent Back Pain by Dr. David Kulla

Back pain is a problem for many people, and whether it is a chronic condition or an intense flare-up of an occasional problem, finding a remedy that relieves it and prevents it can sometimes be a challenge. Instead of treating yourself with pain medications that will only wear off, requiring you to medicate again, take advantage of some exercises that might help you with your back pain. In addition to making you feel better, physical activity and basic exercises can even prevent pain from returning. If the pain is intense or does not go away, make sure you consult your doctor or a chiropractor.

While the common suggestion is often to “rest” when you are experiencing back pain, a little activity might actually do more for your back than bed rest. If you find a comfortable position while resting, go ahead and stay there for a while. However, get yourself up and moving as soon as possible. You want to train your back to function properly again, and the best way to do that is to move. Do something simple, like walking. You want to avoid any strenuous activities or exercises that might have triggered the pain in the first place.

Think about your posture too. Walk with your back straight, your shoulders back and your head up. This will keep your back aligned and not hunched. The nerves around your spinal column can easily get pinched or compressed if you do not have good posture, creating additional pain on top of what you are already experiencing.

Do strengthening exercises that will build muscles in your back, hips, stomach and shoulders. Stretching out these muscle groups may relieve your back pain. As you continue to exercise these areas and workout any strains or areas of tension, you will be less likely to feel pain in those areas in the future. When they are more flexible and stronger, you’ll feel better. Regular exercise in these areas will also help muscles to repair themselves more quickly. If you do injure yourself, your body will be able to recover faster and more thoroughly if you are doing regular exercises to prevent and treat back pain.

Cardiovascular exercise is also helpful in preventing back pain. Working out your heart muscle will keep you more energetic, providing endurance and promoting a strong, healthy body. Again, you’ll be able to speed up your recovery time if you are doing some sort of aerobic or cardiovascular activity on a regular basis.

As you exercise to treat and reduce back pain, focus on your legs, back, shoulders and stomach. Building a strong core will protect your back against injuries and help it to recover faster. As long as you are not doing anything too strenuous, getting regular physical activity will help your back pain a lot more than lying in bed and popping pain pills. You might also have problems with your alignment, so seek treatment from a chiropractor if you are not able to get rid of your back pain in a reasonable amount of time.

This post was written for Pilates for the People by Dr. David Kulla. Dr. Kulla is a licensed NYC Chiropractor and a nutritionist as well as owner of Synergy Wellness in Manhattan.

Will Pilates Help My Back Pain? by Lori Thompson

The Pilates Method was originally developed as a comprehensive rehabilitation program for a wide range of ailments and injuries, with specific exercises designed for every part of the body's musculoskeletal system. So, the simple answer is: yes. In fact, several of the original group of Pilates instructors had suffered from chronic back pain or injury themselves before being successfully treated by Joseph Pilates.

In most cases, Pilates will help to alleviate back pain and more importantly, it will help to prevent pain and injury from occurring in the first place.

It's important to note that there are two methods of practicing Pilates: Mat and Apparatus. Mat Pilates is comprised of a series of core focused exercises done on a mat, usually in a group setting. Apparatus Pilates is a system of exercises done on various pieces of equipment - the most widely used being the Reformer. While there are some mat exercises that may be beneficial for back pain, the support provided by the Reformer would be a safer approach. 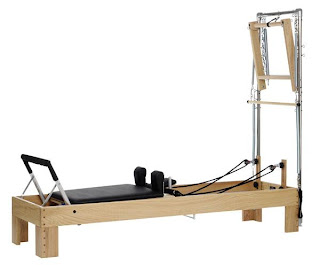 Typically we've been taught to train our extrinsic - or superficial - muscles when we exercise. Generally this may seem like a more intuitive approach because it's easier to feel these muscles as they are larger and easier to see, (i.e., the historically coveted six pack). This isn't to say that you can't achieve a nice looking set of abs from doing Pilates. Quite the opposite, in fact.

The difference is how you get there.

Pilates is about working the muscles from the inside out, learning how to engage these deep, core, supportive muscles in order to properly support the larger muscles. This can't happen in reverse order! Once the larger, extrinsic muscles take control, the core intrinsic muscles will not engage; it's like trying to install a foundation after the walls and roof are already up.

If you go to the gym and attempt heavy lifting without first having spent time learning proper awareness and engagement of your intrinsic core muscles, your body will immediately recruit the larger, stronger outside muscle groups.

This contributes to any muscular imbalances already in place, while missing the connection with the deep muscles that support the spine in the process. The result of this is often poor form from which, with repetition, is likely to result in some type of muscle, disc or joint injury.

Alternatively if you have strong and healthy intrinsic muscle fibre, you can still do squats at the gym while having the precision form to move and stabilize your body so that you can lift heavy loads with far less risk of injury.

It takes time, patience and practice to learn to engage deep musculature. Superficial muscles give immediate and recognizable feedback - such as the 'burn factor' - which feeds into the 'no pain no gain' philosophy inherent in old-school ways of training.

Intrinsic muscles, on the other hand, don't offer the same tangible feedback. Intrinsic muscles feel different. This is where the mind/body factor comes into practice. Pilates encourages the conscious practice of muscle engagement. Joseph Pilates coined this term Contrology because he believed his method uses the mind to control the muscles.

In a culture where many of us spend a large part of our day sitting, it's no wonder that we've lost some consciousness around body awareness and as a result more and more people are experiencing back pain. Pilates will help you to develop a more conscious awareness of how you are in motion and in stillness.

Simply put, Pilates helps develop core strength, core strength helps prevent back pain. When considering whether or not Pilates is a fit for you, be sure to seek out a qualified and experienced practitioner.

Lori Thomson offers private and semi-private Pilates instruction, in a focused, supportive atmosphere, with special attention given to injuries and rehabilitation. Call for openings: 604.209.1042 or email Lori@MindfulMovement.ca. BlogThis!Share to TwitterShare to FacebookShare to Pinterest

Pilates for Men...? by Monica Delgado 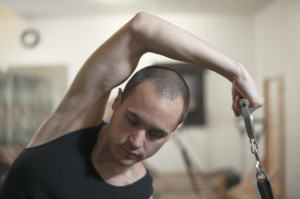 The fact that the Pilates industry nowadays is dominated by females, breeds the misconception that Pilates is a female-only activity.  That it is only for dancers.

That you have to be flexible and crazy coordinated to do Pilates.  I have seen and heard men patronize other men who practice Pilates, and many men are concerned whether they will be the only one of their kind in studios charged with females, practicing this so-called women’s exercise.

What most people don't know, is that Pilates was created by a cigar smoking, whiskey drinking boxer, acrobat, and gymnast named Joseph Pilates, who created his exercise program from this background first and foremost for men.  I have archival footage of Pilates teaching high energy mat classes to large groups of men outdoors in a field. He started developing his method at an internment camp in England during World War I, attaching springs to the beds of the bedridden to rehabilitate them, and gave the physically sound his floor exercises. Pilates also was a physical education instructor with the military police in Germany prior to migrating to America and settling in our very own New York City.

Pilates originally trained athletes--boxers (he trained boxer Max Schmeling), wrestlers, skiers, gymnasts, and circus performers. It wasn’t until when choreographer George Balanchine and dancer Martha Graham caught onto his method, influencing the influx of dancers to seek out his studio, and embrace the Pilates practice, which perhaps is when the gender shift in the method started to occur, hence the misconceptions that Pilates is only for women or dancers. I have attended workshops wherein Jay Grimes, who studied under Pilates himself, mentioned that Pilates did not like training dancers and he would send them to his wife, Clara.

More men are now starting to rediscover the Pilates method and its benefits for their distinct own goals. We have seen men come into the studio seeking to improve their balance, flexibility, coordination and posture, increase their core strength, address low back pain and muscular imbalances, as well as to cross train. Many male athletes have turned to Pilates to find their edge and strengthen their game. A few athletes who have made Pilates integral to their physical conditioning are golf stars Tiger Woods, Rocco Mediate, and Phil Michelson, NBA’s Greg Oden and Jason Kidd, NFL’s Ruben Brown, and MBL pitcher Curt Schilling. Some NBA and NFL teams have invested in Pilates equipment to incorporate the method in training their athletes.

Pilates complements every movement and activity one does, whether it be sitting behind a desk, climbing stairs, picking up a bag of groceries, running in the park, swinging a golf club or bat, or dribbling a ball across the court. It will heighten coordination, and improve balance, flexibility, and posture. It is an intelligent workout that will sharpen focus and increase the ability to concentrate. Those looking for an auto-pilot type of workout must look elsewhere. It will re-educate the body on how to move with more efficient movement patterns, initiating from the powerhouse (center of the body), and develop core strength in the deep muscles of the back to stabilize and protect the back.

The truth is, Pilates is for everyone: men, women, teens and children, the athlete, the sedentary and de-conditioned, the injured, the flexible and inflexible, the coordinated and the uncoordinated, the survivor, and the elder. Pilates is ageless, colorless, and genderless. Pilates is not black or white, but shades of grey.

To the Pilates-practicing man, may you continue to reap the powerful benefits the method has to offer. For the curious men out there who are intrigued by Pilates, but have been hesitant to try it for one reason or another, I urge you...perhaps even challenge you, to try the method and explore what its benefits can do for your mind, body, and entire being. The true reality of the method lies not in what one thinks they see on the outside, or in the noise they hear about what people say it is for, or whom it is for. Its true reality lies inside ourselves, where if the Pilates method is invited, it will revolutionize our mind, body and lives. 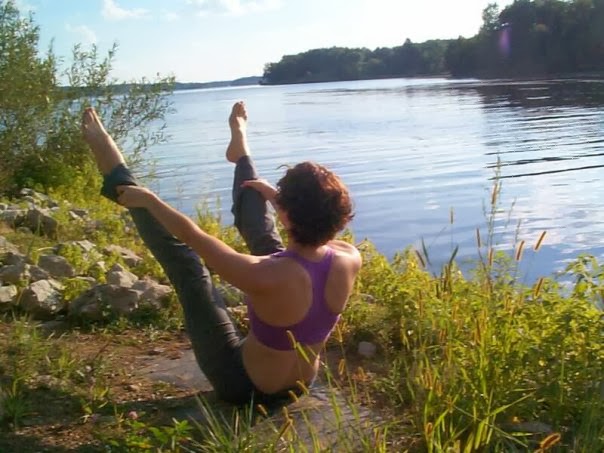